This finalized version of this pattern has been eager to jump off my vise for some time now. With what seems like an endless amount of experimentation with color patterns and most importantly “fish approval testing” I have narrowed this fly down to two favorite color patterns that fish extremely well. 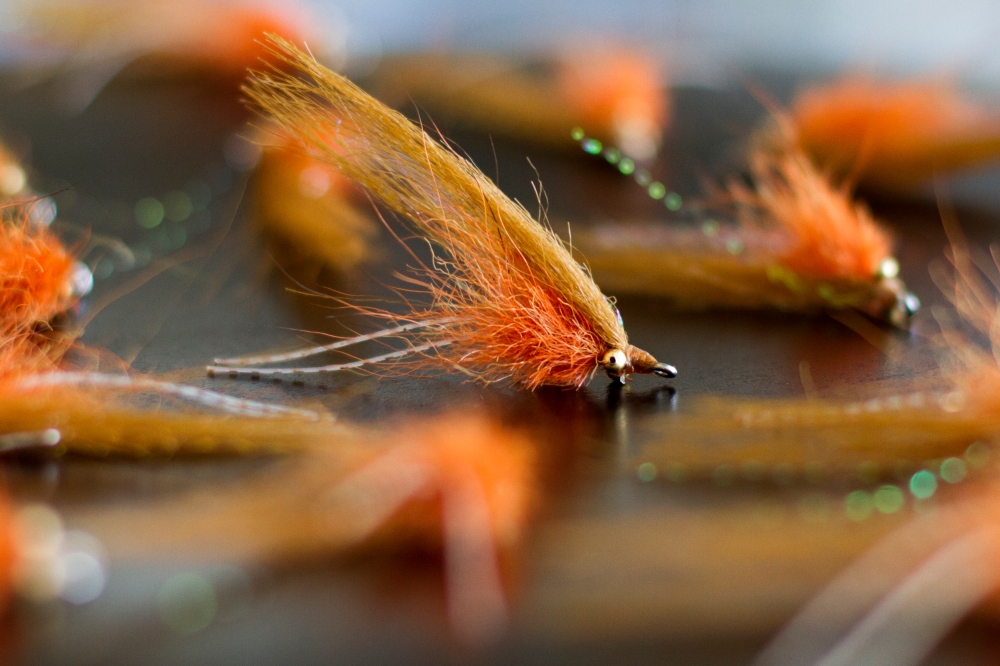 I first began to see the need for a size 6 shrimp pattern through an extremely frustrating day kayak fishing marsh bay on the north end of the Indian River. This area is home to some great grass flats that are spotted with deep sandy potholes. Some of my most epic days on the water have come from this area; however, on this particular day the fish were not cooperating.

As I stood on my yak I noticed fish cruising across and sometimes sitting still in the potholes. I also noticed an abundance of catfish working this flat as well. At the time of my frustration I was throwing a classic redfish Borski pattern and the fish were showing little to no interest at all. Trust me, Borski patterns are the real deal so I know that it was nothing to do with the fly not being effective. However, cruising reds would simply pass directly over the fly and laid up fish would just watch the fly land directly in their face and sink to the bottom. Talk about frustrating! 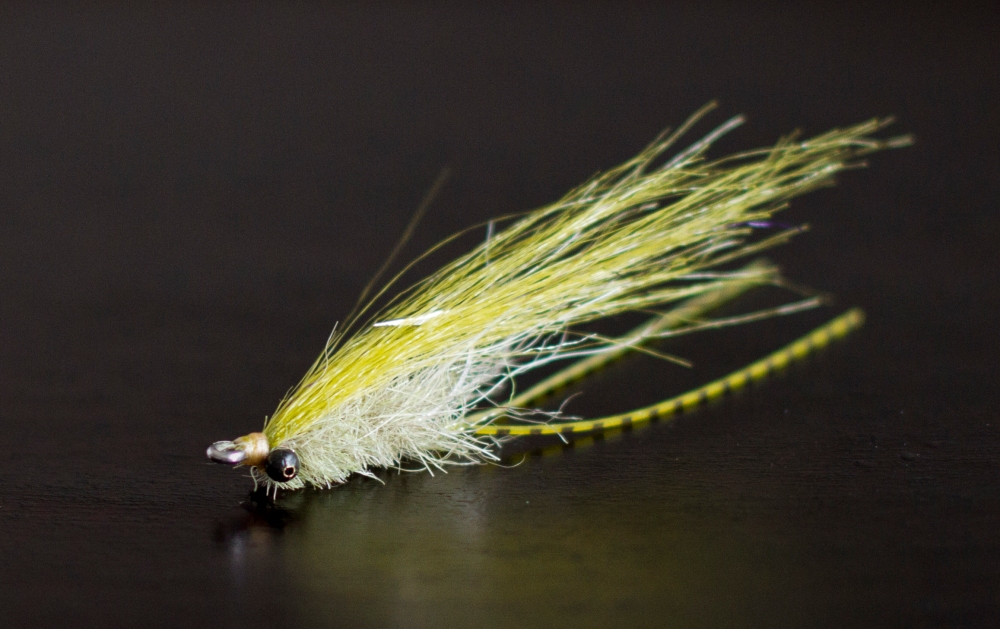 Finally, towards the end of the day with no fish in the boat I put on the first version I had ever tied of the micro shrimp. At the time I had been using this pattern to target large bluegills and still had it tied up on a freshwater hook instead of the 007 I use now.

As I stood silently with this dinky little fly at the end of my line a few small catfish crept out of the grass and started working their way across a large patch of sand. With a soft cast my fly dropped just to the left of the leading fish. Instantly the fish twisted almost 90 degrees and pinned my fly to the sand. A short strip strike and I was hooked up.

After landing the fish I quickly threw back and caught the other fish that was working the same area. Not 5 minutes later I plopped a micro shrimp down in front of a laid up red and it was instantly inhaled! I was already mainlining adrenaline from back to back cats and after hooking into this red I was sure this fly was magic…unfortunately the fly isn’t magic. However, it does represent exactly what these fish were feeding on at the time.

Since this day I have continued to experiment with the pattern and have had some great success in both fresh and saltwater scenarios. If you are an avid fly tier and are thinking about tying them for yourself here is a short video of the tying process!

If you enjoyed this post make sure to “Like” Backwater Fly Fishing on Facebook in order to receive updates on tying videos, online specials, and more.

Keep your hearts right, and your lines tight!